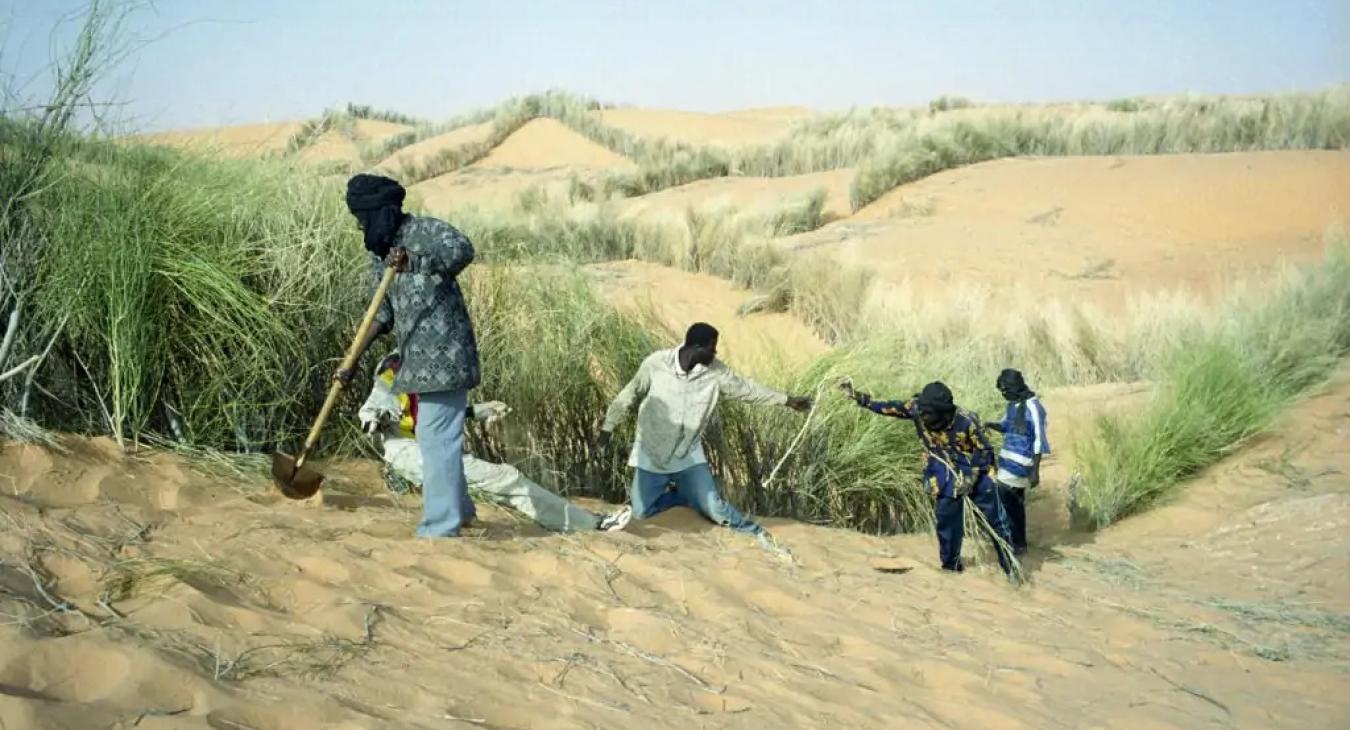 The idea of a wall of forest, 7,000 kilometres long by 15 kilometres wide, crossing the great Sahel region from Dakar to Djibouti, has for too long been criticised as a utopian project. Yet now we can see that this Pan-African programme, launched in 2007 by the African Union, is turning from dream to reality.

Launching a single agenda between eleven States, under a shared vision of an Africa-led initiative that serves the poorest populations of the driest regions of the continent, was quite a feat. And the African Union had no model to envy in a similarly broad, ambitious program in Europe: After all, did it not take twelve long years from Europe’s founding speech by Robert Schumann in 1950 to birth the common agricultural policy in 1962? Yet by 2050, the Sahel area will grow to more than 500 million inhabitants – and so it is critical to create food systems based on sustainable, climate-smart and informed agriculture.

The Great Green Wall (GGW) is being constructed to ensure the resilience of the people of the Sahel, over 70% of whom make their living from agriculture and livestock. The solutions proposed by international development agencies have been inadequate to supplant significant emergency operations continuing to be justified by the multiple crises confronted by the States of the Sahel. In fact, they are most often derived from programmes based on traditional “green revolution” models, favouring cash crops (e.g., peanuts, cotton or irrigated rice) – expensive in terms of infrastructure, and heavily dependent on chemical fertilisation and pesticides.

This agricultural policy imposed on the farmers of the Sahel has failed to produce any benefits to either the local or the national economy. It has exacerbated countries’ debts and led to the disappearance of systems of agricultural extension, seen as “too expensive” by funding bodies. The result has been 30 disastrous years in which the rural world was abandoned and the whole of the primary sector left to wither on the vine. The exodus to Europe by young people and sometimes whole families is the consequence of a market economy that is unfavourable to the continent of Africa in a globalised world.

The African farming sector shows the most encouraging growth globally. The GGW aims to restore 100 million hectares of degraded land in arid areas, in part by promoting sustainable agroforestry systems – making it an invaluable contributor to agricultural development and deserving of a place at the heart of States’ political agendas. Several countries have also already realised that the project should not be solely the concern of forestry engineers: Ethiopia, with considerable investments in major watershed restoration projects; Niger, with the Regreening Africa[1] programme; and Senegal with the Senegalese Agency for Reforestation. But the GGW offers an alternative to the massive import of food products and promotes greater sovereignty, so investment well worth it.

The challenge facing the GGW is that it is still not widely understood by the general public nor by its main Sahelian beneficiaries. But it also presents the opportunity to construct a new narrative for the countries of the Sahel, which are too often associated with crises and famines. It promotes products laden with fascinating histories and cultural meaning (e.g., gum arabic, shea and Balinites aegyptiaca or “soap berry bush”), all while constructing sustainable use systems and robust communities of ecopreneurs that could reach a goal of creating 10 million new jobs throughout the lifecycle of the initiative.

GGW reaches beyond professions of reforestation and agriculture. It opens new pathways in the social sciences, local development, technology, culture and entrepreneurship. We must not miss this opportunity to weave new links between the countries of the Sahel, its neighbours and countries on other continents. The GGW must be leveraged to build additional relationships based on knowledge sharing, home-grown training and co-construction in the model of the new venture between Senegalese Agency for Reforestation and the Great Green Wall in Dakar and students at ISTOM – School of International Agricultural Development in Angers. For local actors to share their initiative and to build leaning communities, SOS SAHEL and pan-African institutions created the GGW Partners Platform[2].

The ultimate success of the GGW will depend on the capacity of States and major international stakeholders to develop new finance models that are more inclusive, led by local players, and coordinated at the national level for long-term investment. The GGW accelerator with the United Nations Convention to Combat Desertification has already raised more than $17 billion. On a smaller scale, the SGP-GEF[3] programme and SOS SAHEL combined efforts to support agro-ecology projects in 7 countries of the GGW. Municipalities have a major role to play in planning and local project management, which means that local authorities must be aware of GGW objectives to devise “certified” projects that can be recognised by the National Agencies and the Pan-African GGW Agency.

As expressed by young people to Emmanuel Macron at the new Africa-France Summit in 2021 in Montpellier, Africa expects a partnership of equals for development designed by Africans and for Africans. The vision of an “Integrated, prosperous and peaceful Africa, run by its own citizens and representing a dynamic force on the international scene” (Agenda 2063 of the African Union) has so far progressed slowly – but it is today becoming concrete with the Great Green Wall Initiative for the Sahara and the Sahel. The utopia is turning into reality.